The Clinic Anlave was founded in 1992. in Belgrade, by Dr Veroslava Ivanovic and Prim. Slobodan Ivanovic M.D. and it was the first private health institution at the time, both in Serbia and in Yugoslavia, and for the 25 years of existence, has acquired a reputation for leading the private health system in Serbia; dedicated to the treatment of both children and adults. Provides the highest quality and prompt medical attention for the whole family, 24 hours a day, 365 days in the year, using the most advanced and certified medical equipment.

The hospital name comes from the first letters names of their three children, who are members of the Clinic expert team now: Andjelka, Lazar and Veljko.

Polyclinic Anlave has grown over time, increased and improved, and gained the trust of 150 000. patients. Interventions around the world, by ambulance cars or by plane, we reached on all five continents and in over 50 countries.

25 years of experience, 40 consultants from the Faculty of Medicine, Clinical Center and the Military Medical Academy, over 1000 urban, intercity and international transport and a wide range of our services – will determine you to become one of our satisfied customers, because we believe we are serious people! 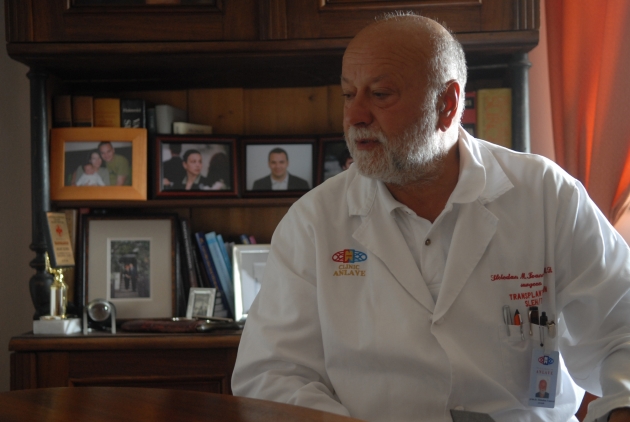 – His wife, Dr. Veroslava Ivanovic, is the specialist children’s and preventive dentistry, daughter, Dr. Andjelka, the specialist in internal medicine, son Lazar, graduate sport manager and the son Veljko is the student on the Faculty of Medicine. All are employed full-time at the clinic ANLAVE.

– The author of 34 published reports in the country and abroad.
– The member of the Board of Surgical department of Serbian Medical Association.
– The president and the owner of first Private Clinic in former Yugoslavia, Clinic ANLAVE, which was founded in 1991.

Prim.dr Slobodan Ivanovic, a surgeon, was the organizer:

There were 400 participants and guests from abroad were:

At this meeting there were 550 participants, and it is one of the most popular surgical section in the last 10 years. Guests from abroad were:

Clinic Anlave has a cooperation agreement with the Military – Medical Academy in Belgrade.

Clinic Anlave is presented in the country and abroad 16 international works, including the following:

This paper was presented at the VII European Congress of traumatology, held in Ljubljana, Slovenia, 14-17. May 2006.

This paper was presented at the Third Mediterranean Congress of emergency medicine, held in Nice, France 1 – on 5 September 2005th